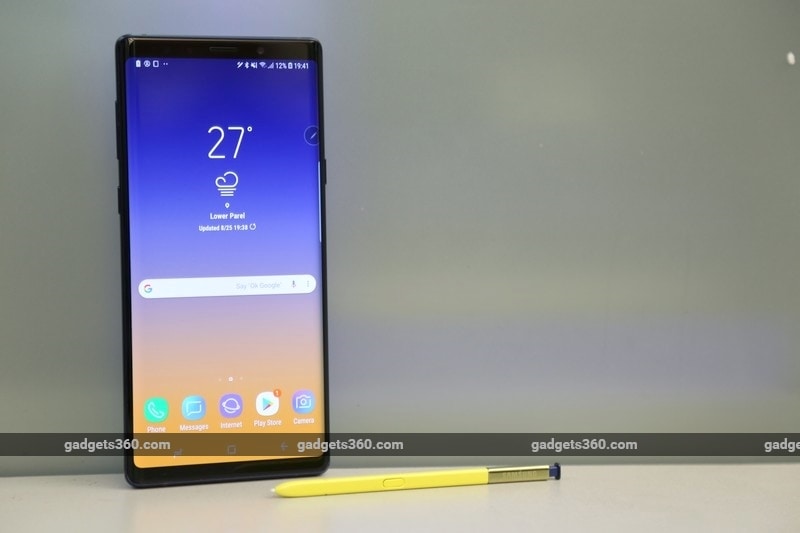 Samsung can take credit for sparking an interest in big phones. The original Galaxy Note (Review) with its 5.3-inch screen was met with scepticism and a bit of ridicule at first, but by today’s standards, it would seem almost dainty. The trouble for Samsung is that with nearly all phones (including its own) pushing the limits of what a pocket can hold, what sets the Galaxy Note line apart?

With nearly identical hardware and software as the Galaxy S series, the new Galaxy Note 9 doesn’t even serve as a half-yearly refresh, like so many other companies push out. The answer, then, is the S Pen, which Samsung is now leaning heavily on. Over the years, it has become slimmer and more sensitive, and now it has gained a whole new set of functions.

We’re curious to see whether there’s anything else to this phone that we haven’t seen before, and whether the S Pen really elevates Android to a place that none of Samsung’s competitors can reach. Read on.

Samsung is one of the few companies resisting the industry’s current obsession with notched screens, which might come as a relief to some people. It is a little surprising, considering that Samsung was one of the first companies to kick off last year’s shift towards tall screens with narrow borders. It even went as far as to come up with the name Infinity Display to boast of its screens’ curved edges and narrow sides. While the overall look of this phone is still slick, it isn’t anywhere near cutting-edge anymore.

The Galaxy Note 9 is a really big phone, and despite Samsung’s best efforts, it’s very unwieldy. It’s more squared-off at the corners than its Galaxy S siblings. Thankfully, the glass back is not slippery at all, because you’ll have to keep shifting your grip on it to reach all corners of the screen, even when using both hands. It weighs 201g and you’ll definitely feel it, whether you’re watching a video, typing a message, or just carrying the phone around in a pocket.

The front and rear are glass, and the frame is aluminium. This phone feels incredibly well crafted, and the materials seem to flow into each other perfectly. The cameras on the rear protrude by less than a millimetre, and there’s a slightly raised border around the module for protection. The only real downside in terms of design is that there’s nothing very new or interesting compared to the Galaxy Note 8 (Review), or for that matter, the Galaxy S9 series. 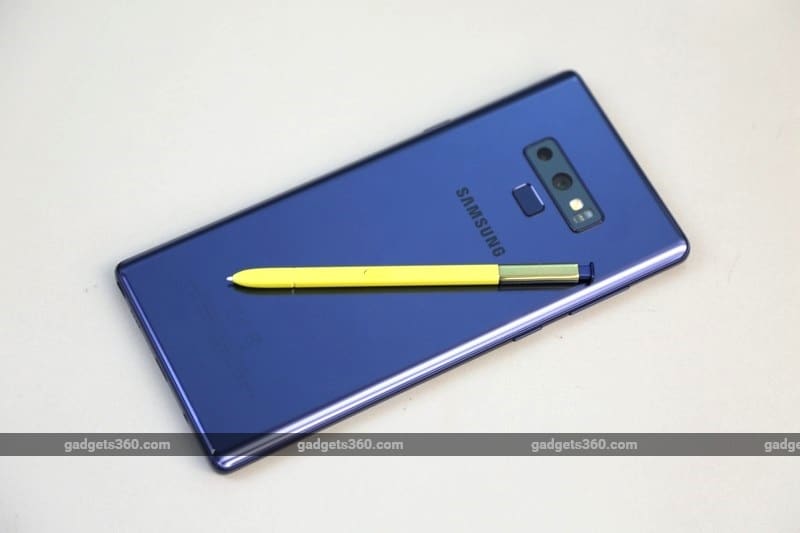 The screen has grown to 6.4 inches, from 6.3 on the Galaxy Note 8 (and 6.2 on the Galaxy S9 Plus (Review). It’s hard to say that this is a huge improvement. As with the first time we tried an Infinity Display on the Galaxy S8 (Review), the curved edges are extremely reflective, which is distracting when watching videos and tends to obscure display elements such as the status bar in PlayerUnknown’s Battlegrounds (PUBG). In all other respects though, this is an excellent panel. Samsung’s own Super AMOLED production line has been serving its flagship phones well for years, and this one is no different. It’s bright, crisp, and punchy.