We began this year with an avalanche of affordable Galaxy M-series and A-series smartphones from Samsung as part of the company’s strategy to fight Xiaomi, Realme, and others on their terms. Samsung addressed pretty much every strategic price point between Rs. 8,000 and Rs. 20,000 in a very short span of time, sometimes with multiple options thanks to the sheer number of models and variants that were launched. It’s been a while now since that rush of launches, and Samsung’s competitors have all refreshed their slates, so it was inevitable that we’d see a few updated models from the Korean giant.

The brand new Samsung Galaxy A50s is priced starting at Rs. 22,999, which is a slight bump up in cost compared to the Galaxy A50 (Review). It joins the party shortly after the high-profile Redmi K20 (Review) was launched, and a few other flagship-grade phones have seen price cuts that place them in this segment as well. Which of these phones should you go for, with a budget of around Rs. 25,000? We review the Samsung Galaxy A50s to find out.

Not much is new in terms of the look and feel of the Samsung Galaxy A50s. When we reviewed the Galaxy M20 (Review), one of the first of Samsung’s aggressive push, we commented on how generic it felt and how it broke from the company’s previous designs. Similarly, the Galaxy A50s could easily be mistaken for any of a number of phones from today’s major brands, no matter which angle you look at it from.

The front of this phone is pretty much all screen, with a small camera notch at the top (Samsung calls this design ‘Infinity-U’). The screen corners are rounded, and there’s a fairly thick chin while the sides and top borders are much narrower. The edges are very slightly curved, and we note with interest that this is one of the few phones we’ve reviewed of late that did not arrive with a plastic screen guard already stuck on, which we don’t mind, and even appreciate.

On the rear, we have the one touch of personality that Samsung has decided to show off – an off-centre geometric pattern of criss-crossing lines with different shades of colour in each segment. There are three options: Prism Crush Black, Prism Crush White, and Prism Crush Violet – our review unit is the black version, but the colours on the back are various shades of grey.

Thankfully, this design isn’t quite as prone to picking up smudges and fingerprints as the mirror-like finish of the Galaxy A50, but it still needs to be wiped several times per day to stay looking good. There is still a very slight prismatic effect under some kinds of light, though is far more subtle than the psychedelic reflections we saw on this phone’s predecessor.

There’s a USB Type-C port on the bottom, along with a 3.5mm audio socket and a single speaker. The tray on the left has slots for two Nano-SIMs as well as a microSD card. The power and volume buttons are all on the right, and the top is blank.

At 166g and only 7.7mm thick, the Galaxy A50s is surprisingly easy to handle and live with. You might have to stretch a little to reach the top of the 6.4-inch screen, but otherwise we had no complaints. Construction quality is also pretty good, though this phone still feels plasticky and not very premium. There’s also no mention of what kind of glass has been used for the screen.

We didn’t see scuffs or scratches on the frame or rear panel during our review period, but we’d use this phone with a plastic case. Thankfully, one is included in the retail box. Samsung also throws in a 10W charger, a USB Type-C cable, a 3.5mm wired headset, a SIM eject tool, and a quick start guide. 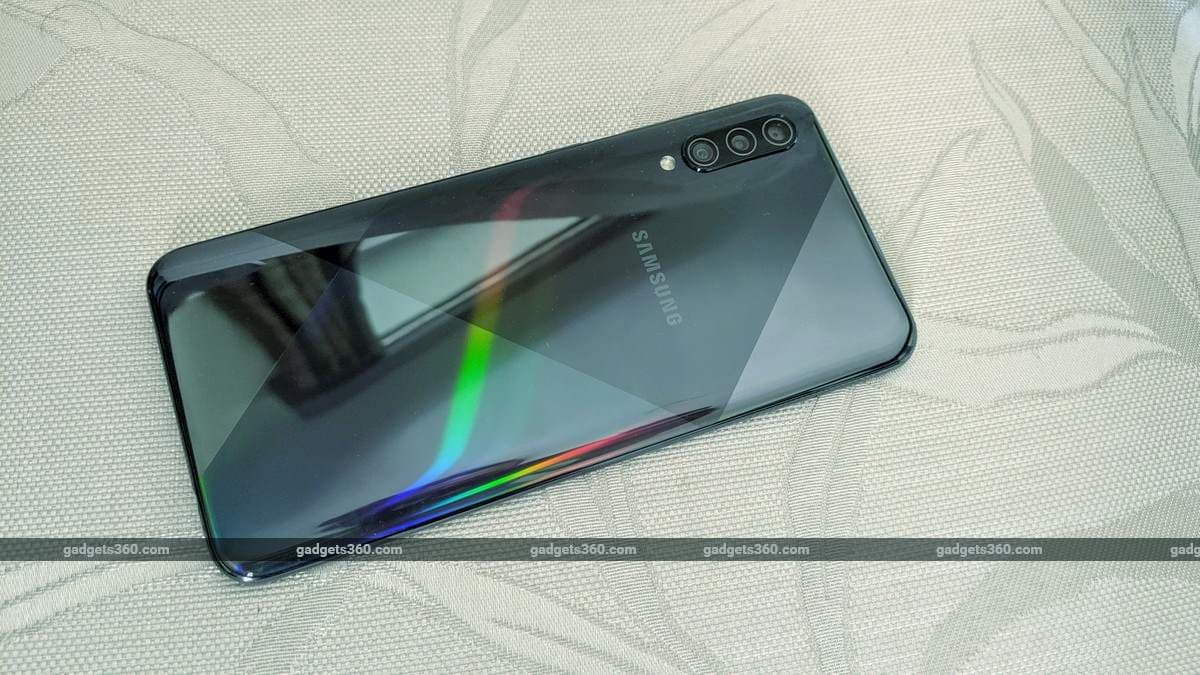 Prismatic patterns of light can be seen at some angles

Forced conversions in Pakistan: A battle between faith and free-choice?

Nvidia Announces Ampere With Up to 20X Improvement in AI &...