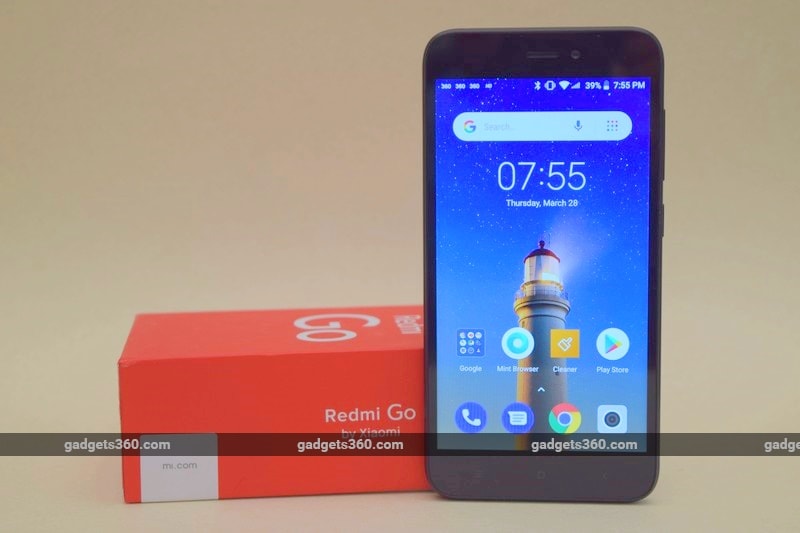 Xiaomi has a habit of whipping out new phones with category-defying features and specifications, much to the continuing delight of Indian smartphone buyers. This has catapulted the company to the number one position in terms of market share in just a few years’ time. Xiaomi has made a name for itself with its hardware as well as the custom MIUI Android ROM, which has loads of features and a number of loyal fans. Why is why, the company’s decision to release an entry-level smartphone with very basic specifications and the cut-down Android Go operating system came as a bit of a surprise.

The new Redmi Go might seem weak on paper, especially in the shadow of the recently released Redmi Note 7 (Review) and Redmi Note 7 Pro (Review), but it’s important to remember what exactly mobile phones priced below Rs. 5,000 have been like before now. Phones at this level that we’ve reviewed in the past have had awful low-resolution screens with barely-capable processors and useless cameras, and we’ve also seen some really shoddy build quality.

Can Xiaomi bring its magic to the ultra-low-end smartphone segment? Is the new Redmi Go, priced at just Rs. 4,499. the ideal device for those upgrading from a feature phone for the first time? We’re reviewing it to find out.

The Redmi Go is a very plain-looking phone, but it feels like it’s much more expensive than it is. You wouldn’t be able to tell that it’s so affordable just by looking at it. The body is entirely plastic but there are no ugly seams or other signs of cost-cutting. The rear is nicely curved, and there’s no flex or any other sign of weakness.

On the front of the Redmi Go, we have a 16:9 rectangular screen with capacitive Android buttons below it, and thick borders all around. This feels like a bit of a throwback, since most budget phones today have moved to 18:9 or taller screens; many even with notches. There’s nothing wrong with any of this, of course. We only have one minor complaint, which is that the capacitive buttons aren’t backlit, making them a little hard to find in the dark.

The screen measures 5 inches diagonally, making it smaller than most low-cost phones today. Even with a lot of black plastic above and below the screen, the Redmi Go is fairly compact and very easy to use with one hand. The 137g weight is also well below today’s average. All of this is good news for people who don’t like how big and unwieldy many of today’s phones have become.

There are two trays on the left, one for a Nano-SIM and a microSD card, and the second for another Nano-SIM. This is interesting, seeing as how even some of Xiaomi’s higher-priced models have hybrid dual-SIM slots. The power and volume buttons are on the right. There’s a Micro-USB port on the bottom, along with a speaker grille, and you’ll find a 3.5mm headphones socket on the top. The single rear camera is perfectly flush with the back of this phone, which means the lens might be susceptible to scratches. One thing that’s missing is a notification LED.

The Redmi Go is available in plain black and a more vibrant blue finish. We were happy to note that fingerprint smudges were not too visible on our black review unit. We think that Xiaomi has designed this phone well, balancing cost-effectiveness with functionality. First-time smartphone users shouldn’t feel too daunted, and those replacing an older budget phone won’t be pulled out of their comfort zones. 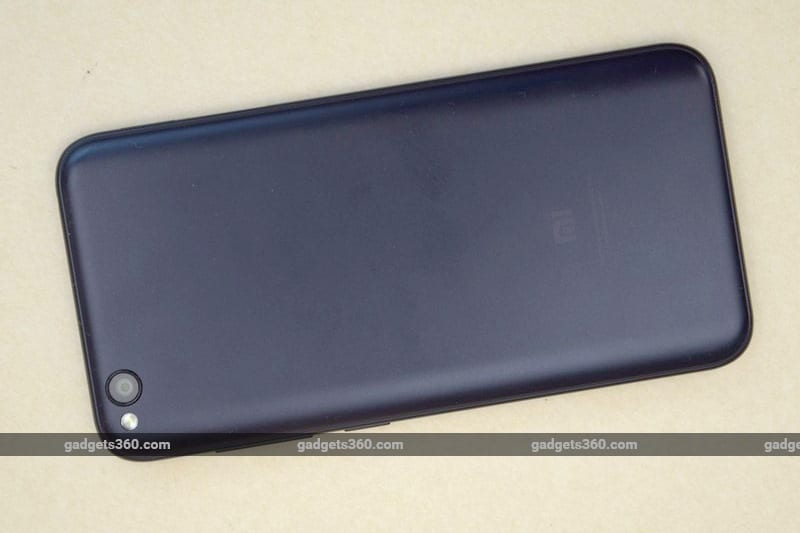 Considering its price, the Redmi Go has two main things going for it – its processor and its screen. The Qualcomm Snapdragon 425 SoC is now quite dated, but it keeps popping up in new phones. It has been common in phones priced at around Rs. 7,000 – 10,000 of late, including the Infinix Hot 6 Pro (Review), 10.or D2 (Review), and Nokia 2.1. Samsung even launched its Galaxy J6+ (Review) with this processor at Rs. 15,990 late last year. The Snapdragon 425 has four low-power Cortex-A53 cores running at up to 1.4GHz and the weak Adreno 308 integrated GPU.

Zong 4G Reaffirms its Commitment to Pakistan this World Telecommunication and...