Realme has done a good job of keeping us on our toes since it first debuted in India as a subsidiary of Oppo in mid-2018. The new Realme 5 (Review) and Realme 5 Pro succeed the Realme 3 (Review) and Realme 3 Pro (Review) — the number 4 considered unlucky in some Asian cultures — highlighting the young company’s remarkable turnaround rate. Four generations of a product is a lot to deliver for a brand that’s barely fifteen months old. Realme has managed to keep up with or displace market leaders Xiaomi, Lenovo, Honor, Asus, and Samsung, by releasing fresh new models each time the bar is raised.

The Realme 5 Pro is priced to compete with the Xiaomi Redmi Note 7 Pro (Review) and Mi A3 (Review), various members of the Samsung M and A series, and the new Vivo Z1 Pro (Review), plus several older models that have received price cuts. We have with us the top-end variant of the Realme 5 Pro, which is priced the same as the Realme X (Review). This should be an interesting review, so let’s get started.

For a low-cost phone, the Realme 5 Pro looks and feels pretty good. It isn’t too big or bulky, and the materials and finishes feel premium. You’ll immediately notice the geometric pattern on the back, which has so far been used for less expensive phones such as the Realme 3i (Review) and Realme C2 (Review). The concept has been elevated here, with a metallic sheen and completely smooth finish.

The abstract shapes on the rear have slightly different colours and catch the light differently, but there’s still a unified gradient running down the back of the device. You can choose between Crystal Green and Sparkling Blue finishes, and we quite liked the blue-green jewel-toned look of our Crystal Green review unit which is distinct without being garish.

Thankfully this phone isn’t slippery at all. Despite its glossy look, the Realme 5 Pro is very easy to grip. The rounded sides and curved back panel make it fit comfortably in a palm, masking its 8.9mm thickness. It weighs 184g and is actually more compact than the Realme 5. We didn’t have any trouble using it even with one hand.

There’s a big 6.3-inch LCD screen on the front, and Realme claims a 90.6 screen-to-body ratio. The chin is fairly prominent but the rest of the borders are narrow and modern-looking. We generally don’t like pre-applied screen guards like the one the Realme 5 Pro, but some people do like having them for protection.

Realme has gone with a waterdrop notch for the front camera, which we suppose is fine at this price level – popup cameras and screens with holes are becoming more common but you’ll have to spend more if you want that kind of design.

The power and volume buttons are on opposite sides of the phone, and are all within easy reach. On the left, you’ll find a tray with individual slots for two Nano-SIMs and a microSD card. There’s a USB Type-C port on the bottom, which is interesting because the Realme 5 (Review) has a Micro-USB port. There’s also a 3.5mm audio socket and a single speaker on the bottom of this phone.

One slight negative point about the design of the Realme 5 Pro is the raised camera module on the rear which is fairly prominent and also has a slightly rough raised ring around it. You get four rear cameras, which is this phone’s biggest selling point. There’s also a fingerprint sensor on the rear, rather than embedded into the screen like you’ll find on some other phones at this price level. 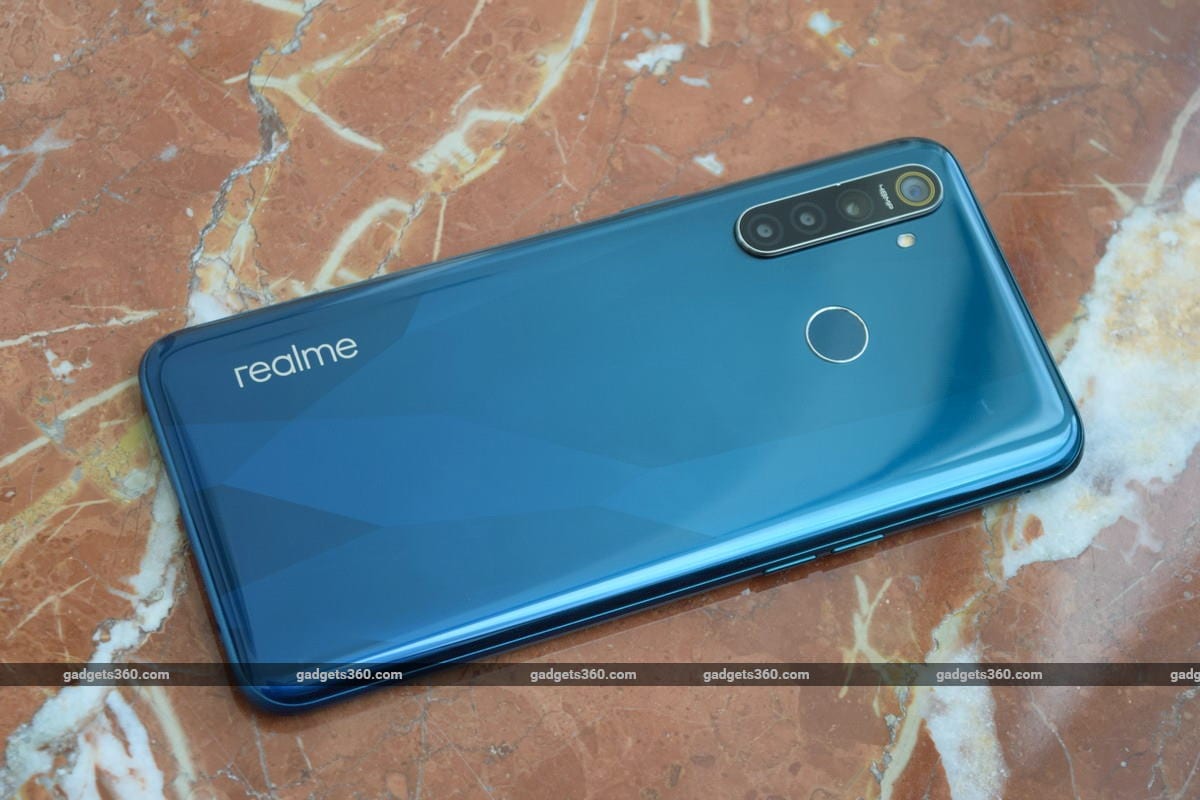 Indians laugh at Shoaib Akhtar’s request for help for Pakistan

PTA, FIA To Take Action Against Those Causing Damage To Telecom...