For several years, the Moto G series kept setting the benchmark for how to make a solid smartphone and sell it at an affordable price. However, over time, Motorola lost its edge, and competitors such as Xiaomi and Realme have taken the lead. The company is now looking to leave its mark in a slightly more premium segment, in which competition is not as cutthroat. The Motorola One Vision was the first attempt in this direction, and now the company is upping the efforts with its latest launch — the Motorola One Action.

The Motorola One Action borrows heavily from the Motorola One Vision (Review) in terms of both aesthetics and internal hardware, but ups the ante with a dedicated wide-angle action camera. The overall package looks quite appealing for an asking price of Rs. 13,999, but is it enough to beat value champions such as the Realme X (Review), Redmi Note 7 Pro (Review), Oppo K3 (Review), and Vivo Z1 Pro (Review)? We find out in our in-depth review.

In terms of design, the Motorola One Action is a carbon copy of the Motorola One Vision, and that is not necessarily a bad thing. The phone stands out with its tall profile, and has the aesthetics of a premium device. The rear panel is made out of glossy plastic and has thin lines running beneath its surface, while the corners and edges have a dotted pattern to provide a contrast.

We have the Denim Blue version of the Motorola One Action in for review, which glistens when light falls on it, but the effect is understated compared to the prismatic looks and garish colour shifts we’ve seen on many phones of late. Motorola has also launched a more appealing Pearl White option in India, while some overseas markets also have an Aqua Teal colour option. 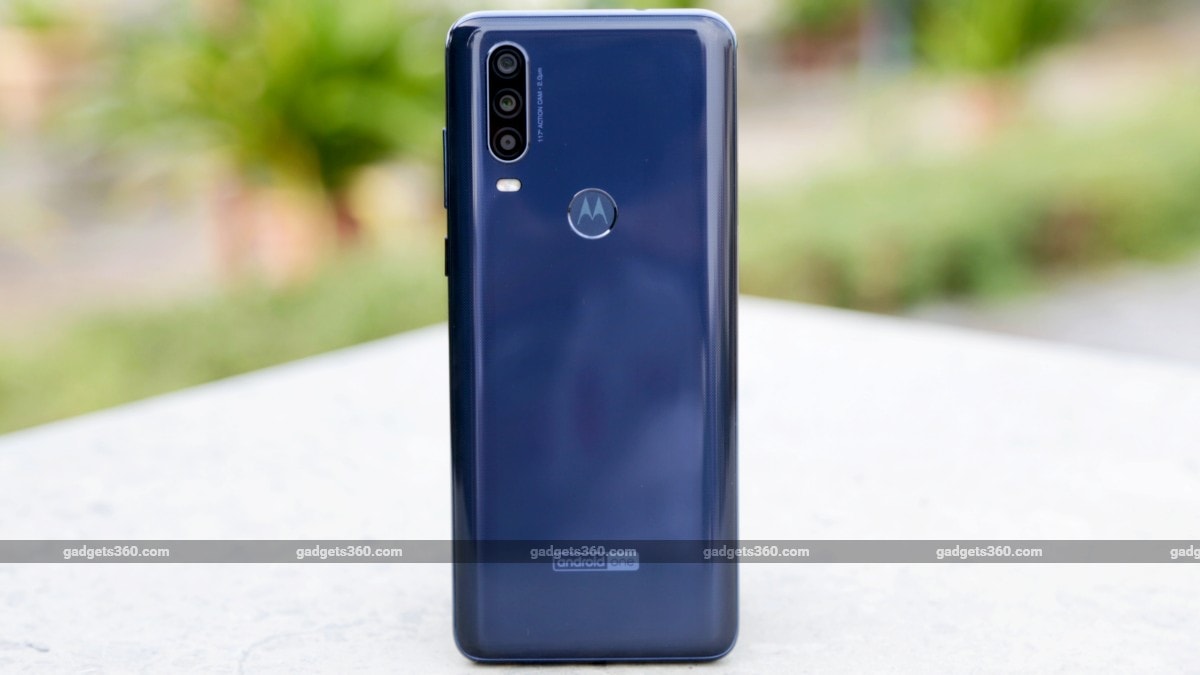 The phone’s rear panel is made of polycarbonate, which gets scuffed and smudged quickly.