LG’s smartphone endeavours haven’t quite hit the same stride as its Korean rival Samsung in recent times. Globally, LG still has a big portfolio of smartphones, but of late, India seems to be getting fewer launches. Take for instance its flagship for 2018, the G7 ThinkQ. LG launched this model just before Google I/O this year, where it partnered with the search giant to launch the first Android phone with a dedicated hardware button for Google Assistant.

Three months in, and LG has quietly snuck the G7+ ThinQ into India without any fanfare, which is really odd considering its aggressive price of Rs. 39,990. This puts it smack against the 8GB version of the OnePlus 6 (Review), and on paper, it appears to offers even better specifications. The OnePlus 6 has been our solid recommendation so far at around this price, although we’ve always felt that features like wireless charging and proper waterproofing would have complemented the package nicely. The LG G7+ ThinQ addresses these shortcomings, and now it’s time to see if it truly is what the OnePlus 6 should have been all along.

The ‘ThinQ’ suffix signifies the use of artificial intelligence (AI), which was introduced by LG at this year’s CES. The G7+ ThinQ is the successor to last year’s flagship LG G6 (Review) smartphone. It features an aluminium frame that’s wide enough on the sides to be easy to grip, and you get Corning Gorilla Glass 5 for the front and back. The glass blends quite seamlessly with the metal so you barely feel the edges. The side effect of this is fingerprints and smudges, which we know are hard to avoid, but the G7+ ThinQ attracts far more than usual.

The buttons are easy to reach and have good feedback. The dedicated Google Assistant button can be disabled through the Settings app if you don’t want to use it, but LG doesn’t let you re-map it. When your phone is unlocked, a single press opens Google Assistant, while a double press opens Google Lens. In order to avoid accidental activation when your phone is locked, you need to either press it twice or hold it for a few seconds to summon Assistant. 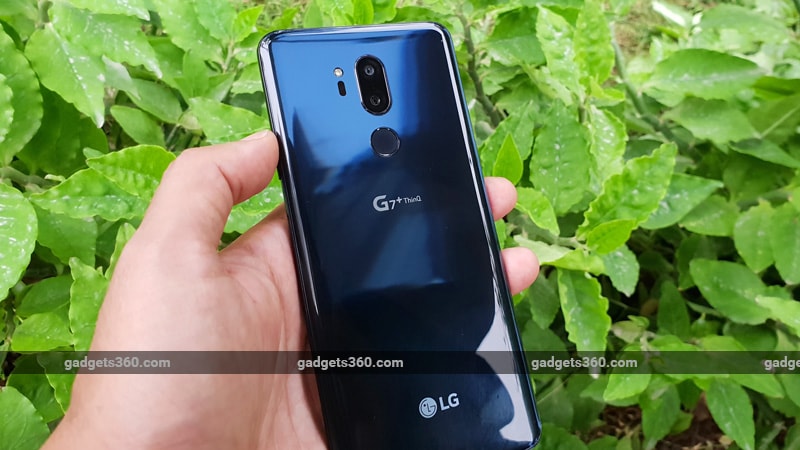 The 6.1-inch IPS screen boasts of an impressive 1000nits of brightness, which translates to excellent legibility under direct sunlight. You also get a QHD+ resolution of 1440×3120 so images and text look sharp. The G7+ ThinQ has a notch, or as LG calls it, a ‘New Second Screen’. You have the option to mask it and use different background images, but we found that the default black looks best. You can enable the always-on-display feature too, which gives you interactive toggles for Wi-Fi, Bluetooth, etc. and playback buttons for the music player. Unfortunately, since this isn’t an OLED panel, the backlight for the entire display needs to stay on instead of just the required pixels. In a pitch dark room, you can faintly see the backlighting.

After sanitizers and disinfectants, Pakistan is going to export PPE, Fawad Chaudhry

Thinklab – Building a startup team to fix science and government

Russia starts probe into Nazi massacres: Who was behind this?

Is PTI going to amend the 18th Amendment?